The 50-Year Discography of The Rolling Stones

One of the world’s best rock n roll band, the Rolling Stones, have rocked on for over 50 years, selling over 200 million albums throughout the world. Since their first official gig in 1962, the Rolling Stones have gained and lost a couple of members. The original band involved lead vocalist Mick Jagger, lead guitarists Keith Richards along with Brian Jones. In 1975, bassist Bill Wyman, pianist Ian Stewart, drummer Charlie Watts and guitarist Ron Wood joined the band. Here’s a look at the 50-year discography of the legendary British rock band. See also The Beatles: Career Facts and Statistics. 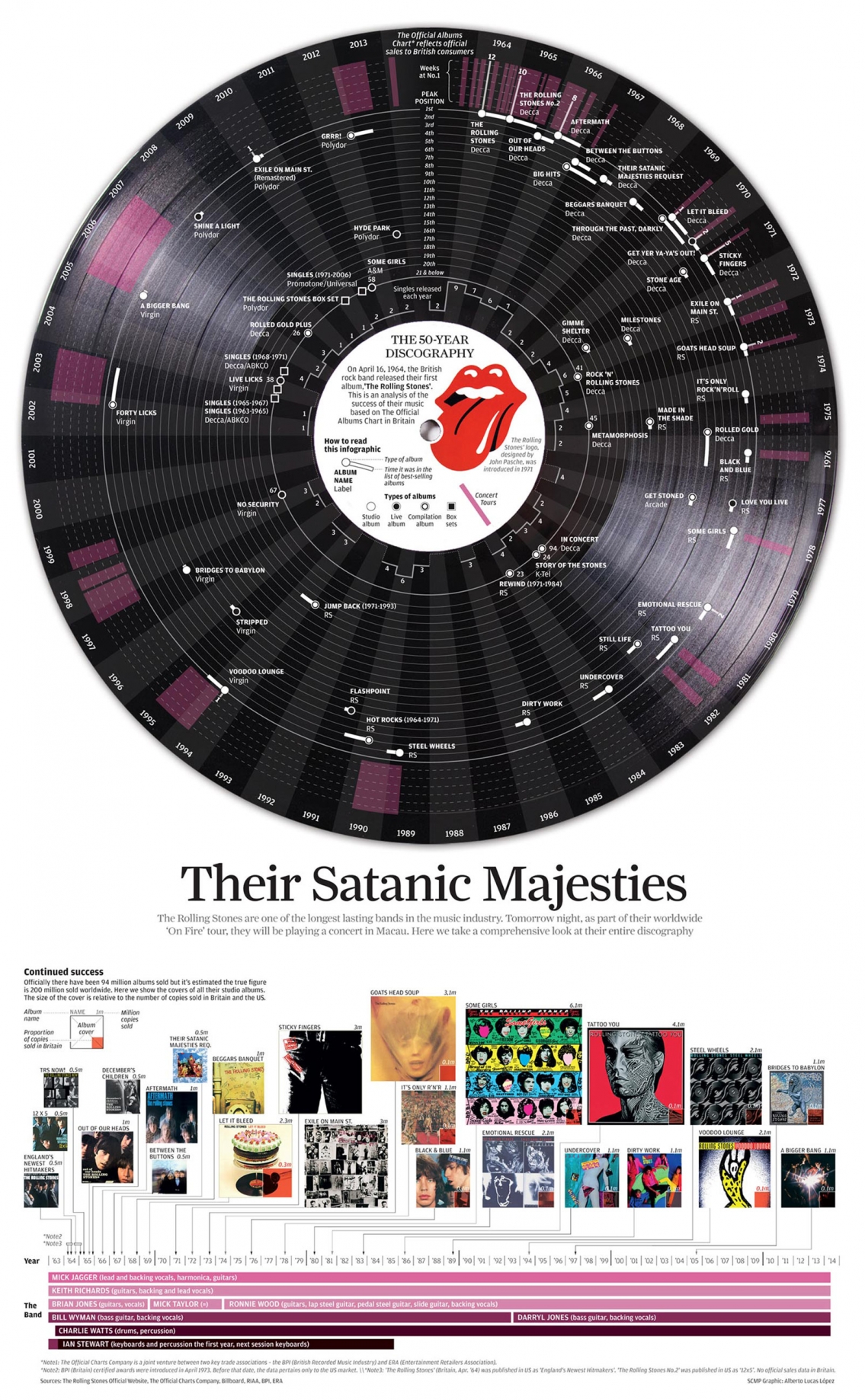 Grade this Infographic
Your Grade
Rate Here
Visual Design
8.5
Informativeness
8.9
Understandability
8.7
Accuracy When Created
9.1
SHARE
10
Shares
8.8
Your Grade
8 ratings
You have rated this