Fidel Castro: A Timeline of His Revolutionary Life

Fidel Castro, the rebel communist who led the revolution that overthrew Fulgencio Batista’s capitalist government and established a socialist state in Cuba, finally dies at 90. Castro was Cuba’s first Marxist leader, along with his military adviser Che Guevara. He is praised by many for promoting social values, education and standing up against ten U.S. presidents throughout his five decades of rule. He is also received a lot of criticism for the lack of democracy, suppression of public dissent and a declining economy, which caused many Cubans to leave their country. Here is the timeline of the revolutionary life of Fidel Castro. See also How did Hitler Rise to Power. 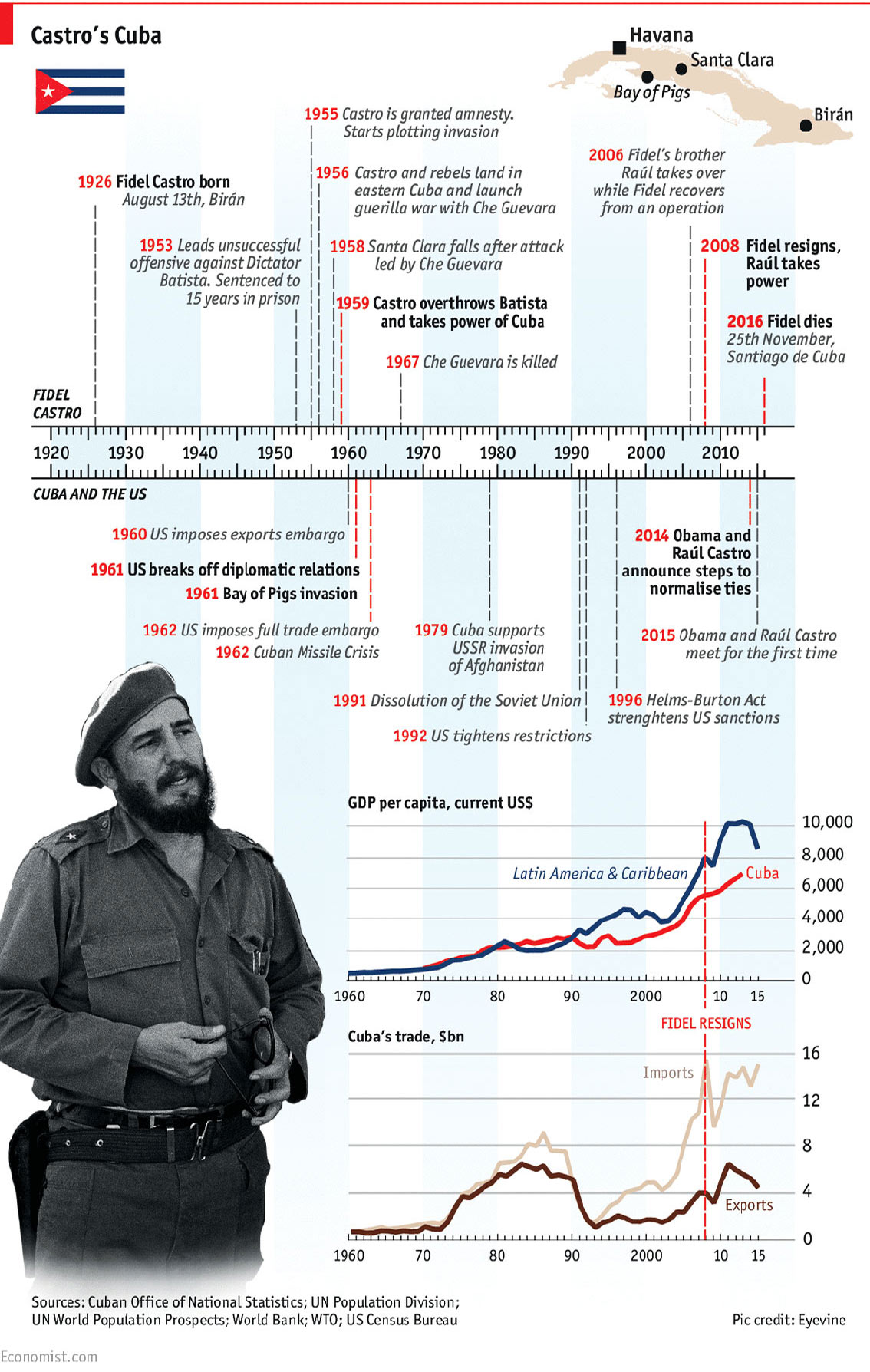 Grade this Infographic
Your Grade
Rate Here
Visual Design
7.3
Informativeness
7.9
Understandability
8.3
Accuracy When Created
8.7
SHARE
8.1
Your Grade
8 ratings
You have rated this