The discovery of atomic nucleus and the fission of uranium and plutonium led to the development of an Atom Bomb. During the Cold War, some countries stockpile weapons of mass destruction as a nuclear deterrence – a threat of nuclear retaliation to prevent a nuclear strike by another country. So which country has the most nuclear weapons? Around 16,300 active atomic warheads spread between the United States, Russia, United Kingdom, France, China, India, Pakistan, and Israel. USA and Russia have decreased their inventories yet still account for over 93 per cent of all the nukes. See the world’s nuclear arsenal, ready to launch! See also the Combat Vehicles of the U.S. Military and How Long it Takes to Shoot and Reload Different Guns. 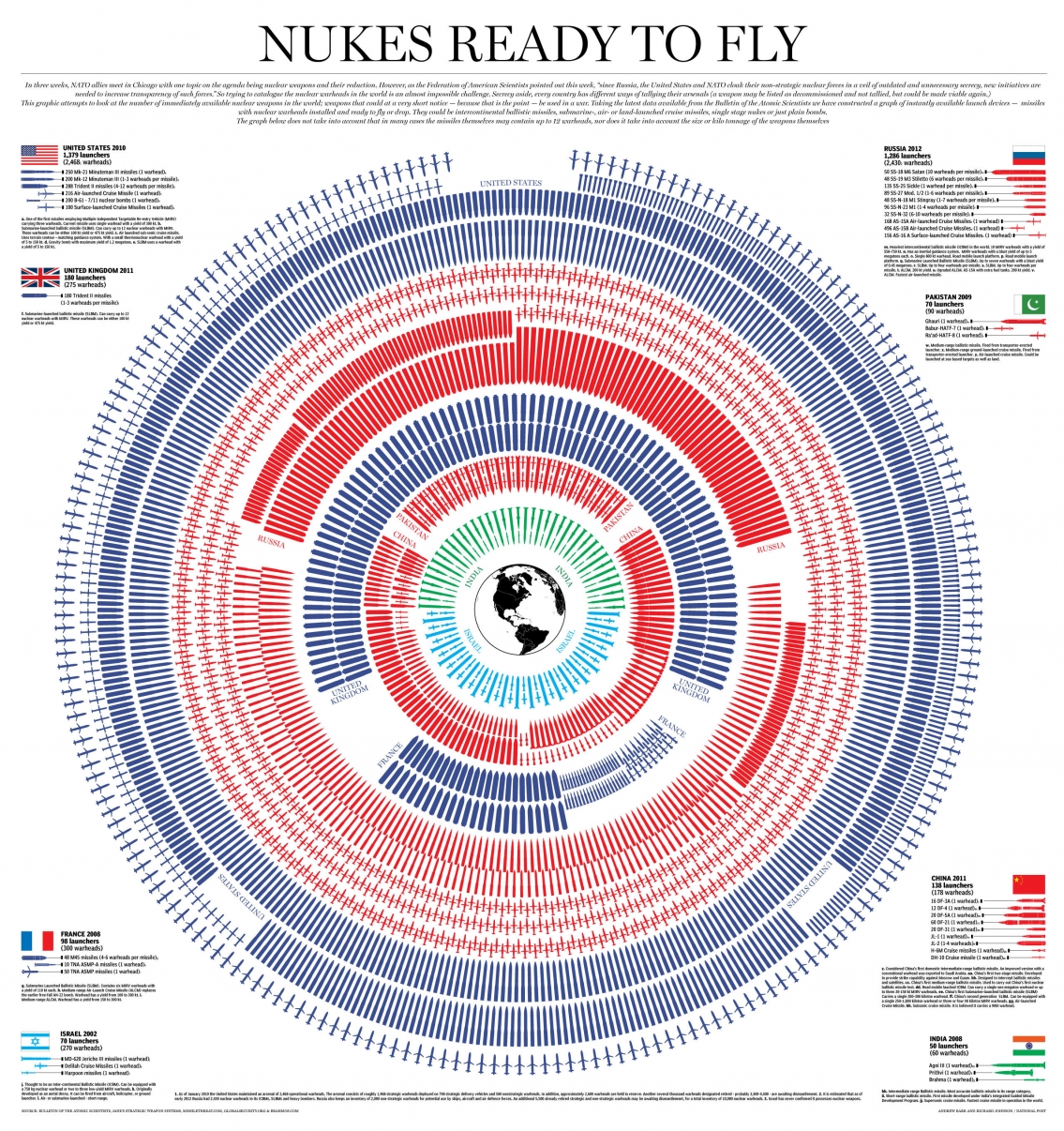 Grade this Infographic
Your Grade
Rate Here
Visual Design
8.1
Informativeness
8.2
Understandability
8.1
Accuracy When Created
8.0
SHARE
8.1
Your Grade
8 ratings
You have rated this