The Good and Bad of Obama’s Presidency

The first African-American president, Barrack Obama, has done all he can in his two terms in the White House, in areas that people care most about, such as economic recovery, civil rights, healthcare reform, consumer protections, finance, energy, environment, education and creating jobs. In the recent Pew Research Poll, 45% said that the 44th president of the United States will be considered as an ‘above average,’ 26% see him as ‘average’ and 27% said he’ll be remembered as a ‘below average’ president. From accomplishments to biggest failures, here’s the good and bad in the legacy of Obama’s presidency and administration. How Much Obamacare Premiums Are Going Up in All 50 States? and How to Become President of the United States. 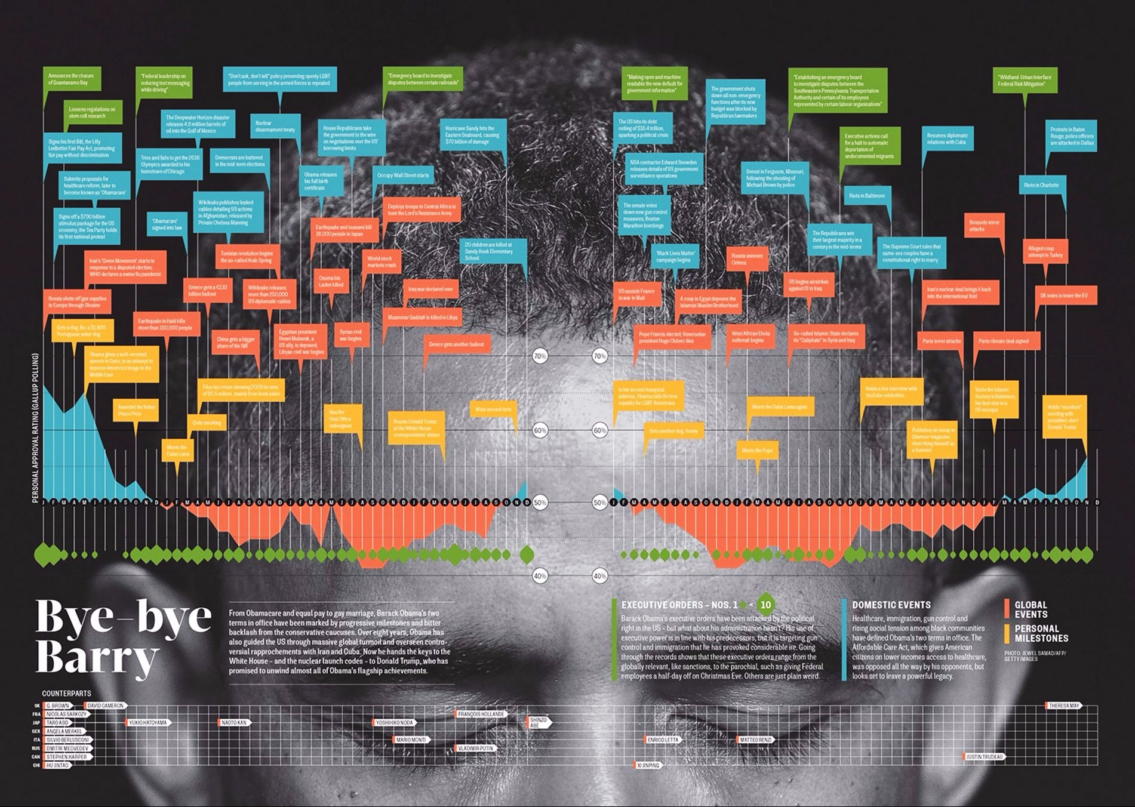 Grade this Infographic
Your Grade
Rate Here
Visual Design
6.0
Informativeness
8.2
Understandability
5.7
Accuracy When Created
8.0
SHARE
7.0
Your Grade
11 ratings
You have rated this