The Shot That Started World War I

The First World War took the lives of 10 million soldiers, 7 million civilians, 21 million more wounded and 7.7 million were missing. It all started with an assassination a century ago. On June 28, 1914, Gavrilo Princip, a member of a secret military society called Blackhand, assassinated Austrian Archduke Franz Ferdinand along with his spouse, Sophie, in Sarajevo. That is the shot that started World War I, sparking a series of events that ultimately led to a conflict between Allies(Britain, France and Russia) and the Central Powers(Germany, the Ottoman Empire and Austria-Hungary). See also the Summary of World War I and the Fallen of World War II. 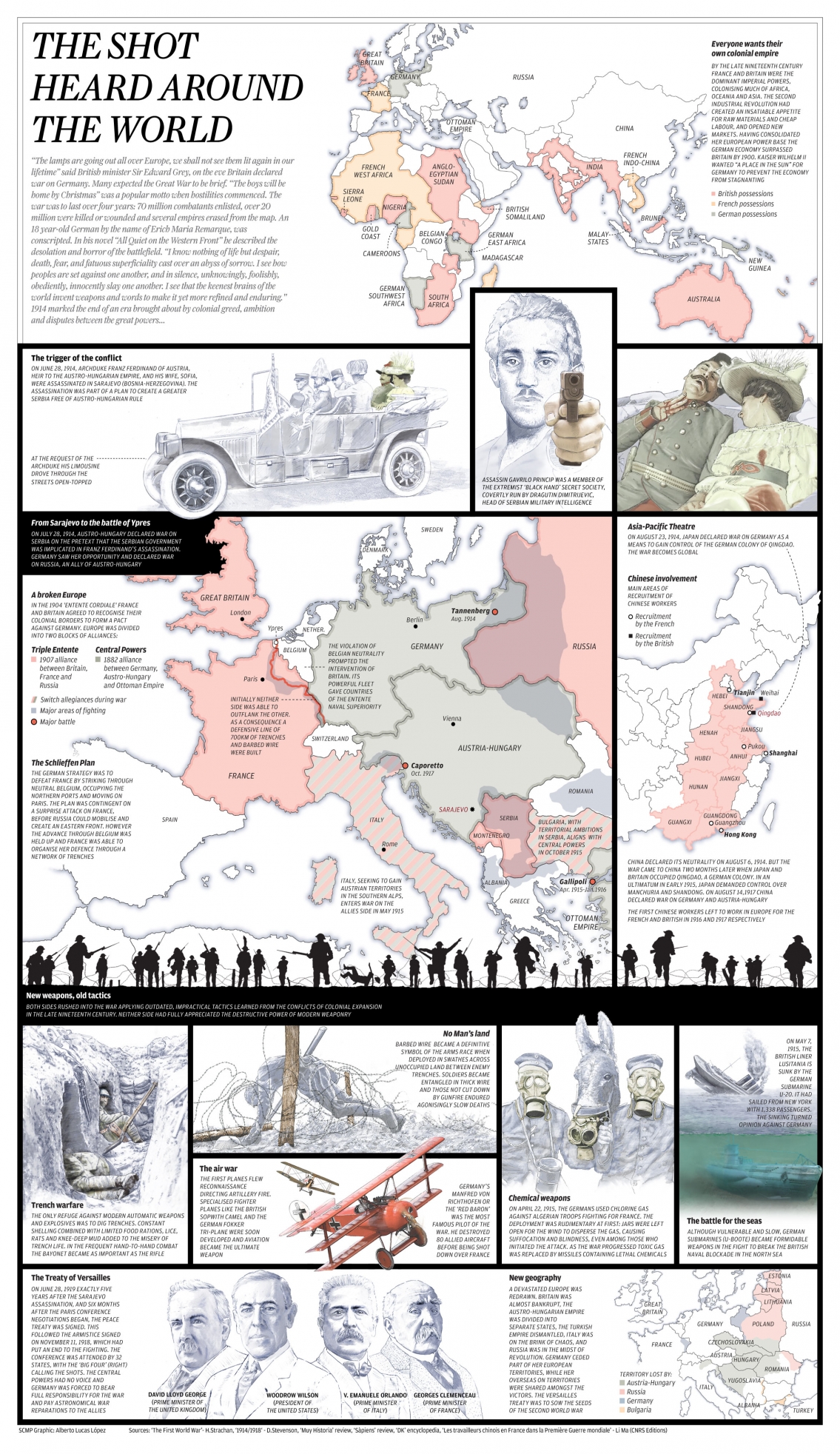 Grade this Infographic
Your Grade
Rate Here
Visual Design
9.0
Informativeness
8.6
Understandability
8.6
Accuracy When Created
8.8
SHARE
2
Shares
8.8
Your Grade
9 ratings
You have rated this