The concentration camps became an important part of the Nazi government’s systematic extermination of European Jews, gypsies, political rebels and homosexuals. The Nazis build a network of concentration camps, which begun when Adolf Hitler sit as chancellor of Germany in 1933, and ghettos following the break out of second World War in 1939. Fit-to-work prisoners were sent to these camps and were given slave-like working conditions and limited food, that cause the deaths of many of them, while others were taken by Nazi doctors to conduct gruesome experiments and the weak ones are just sent to death camps to die. Close to 18 million were transported to extermination camps and many historians believed that around 11 million were killed. Below is a map where some of these Nazi camps are located all over Europe during the WW2. See also The D-Day. 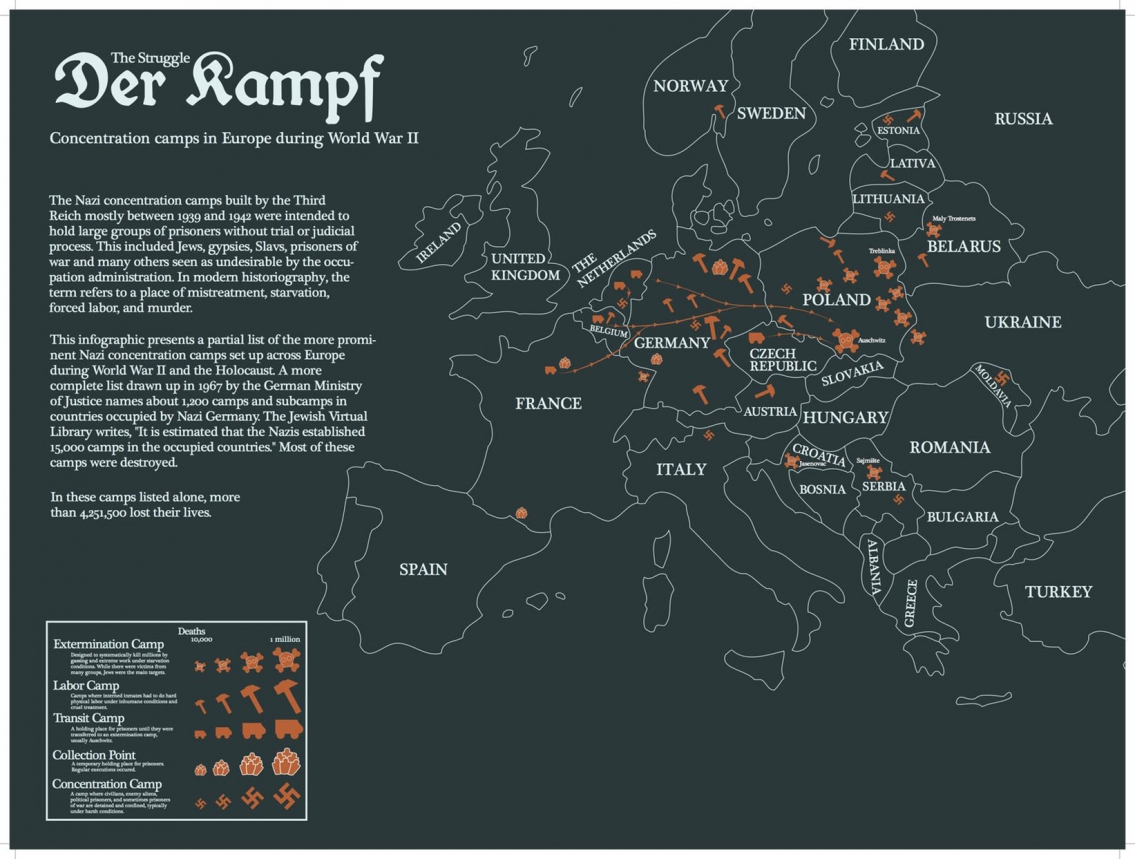 Grade this Infographic
Your Grade
Rate Here
Visual Design
7.4
Informativeness
8.1
Understandability
8.3
Accuracy When Created
8.6
SHARE
8.1
Your Grade
11 ratings
You have rated this