The Evolution of Rihanna

Robyn Fenty, also known as her middle name Rihanna, has made a massive impact on popular culture at young age. The Barbadian pop diva became a household name when “Pon De Replay,” her breakthrough single, was released in 2005. Since then, RiRi, as her fans sometimes call her, has sold millions of records and earned several Grammys off her single hits. BillBoard named her the 2000s Digital Song Artist of the Decade. Rihanna‘s dynamic music style is matched up by her fabulous fashion choices. Like Katy Perry, her looks undergo a transformation from album to album. Here’s the evolution of Rihanna’s appearances and her music career including a timeline of her past relationships. See also The Commercial Success of Beyonce Knowles. 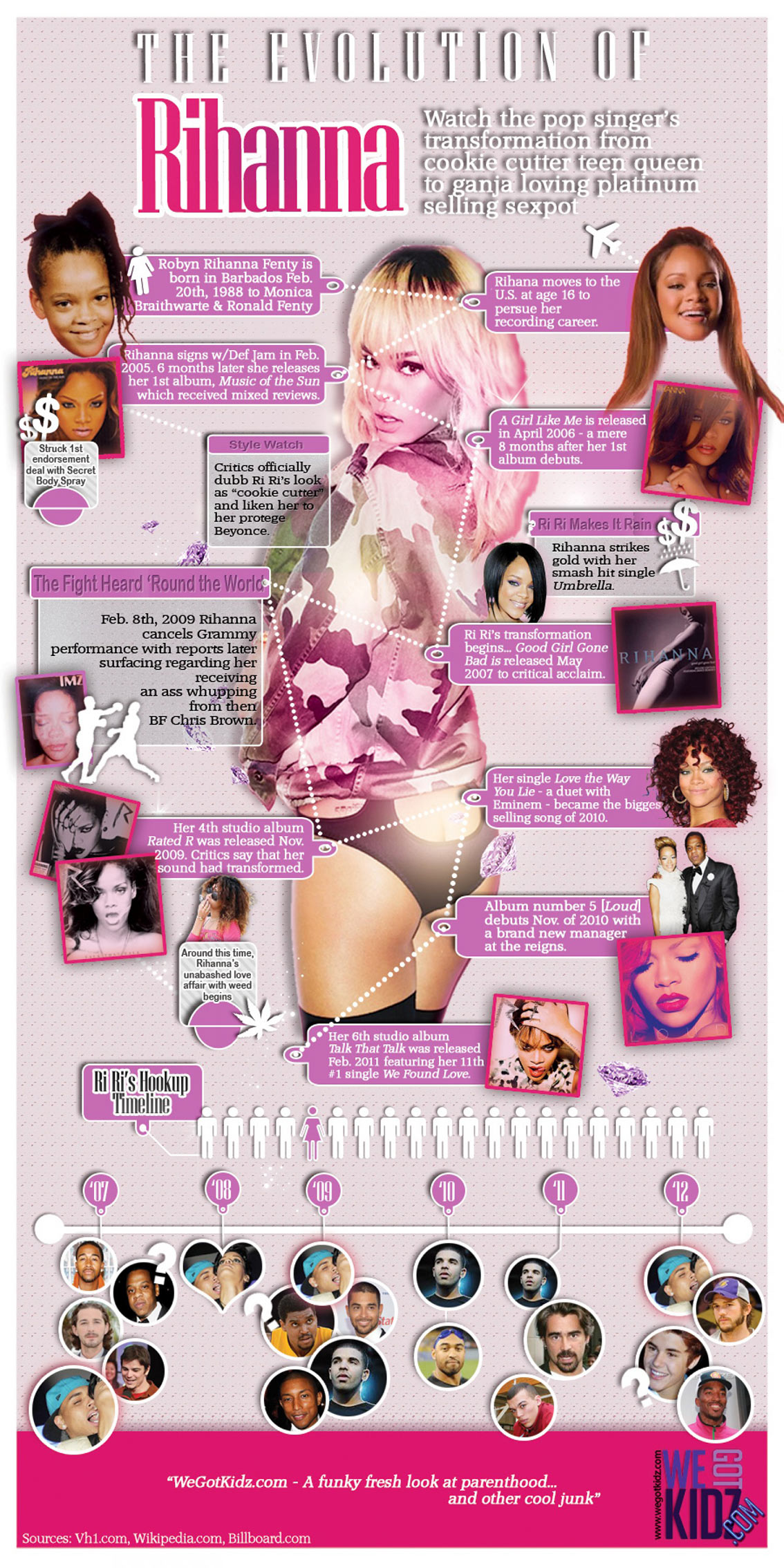 Grade this Infographic
Your Grade
Rate Here
Visual Design
8.2
Informativeness
7.7
Understandability
8.4
Accuracy When Created
8.4
SHARE
8.2
Your Grade
9 ratings
You have rated this